Once Upon a Time in Kentucky...

A man met a woman well out of his league and fell madly in love. It could be described as too much, too fast. But the man was no fool. Six months in to the relationship he found himself on bended knee, asking for her hand in marriage.

Without hesitation, she said: YES!

Both of them were very busy bees in corporate America and they had a short window to celebrate the engagement. With this in mind, they sought out a low-key weekend getaway close to home. That is when they happened upon Whispering Woods Cottage. It was charming, quaint, and humble. Most of all, it was perfect. They loved it so much that they booked it again to celebrate their first wedding anniversary. Even one and a half years later, it did not disappoint. The two fell in love all over again while dining on hotcakes in front of the fireplace. 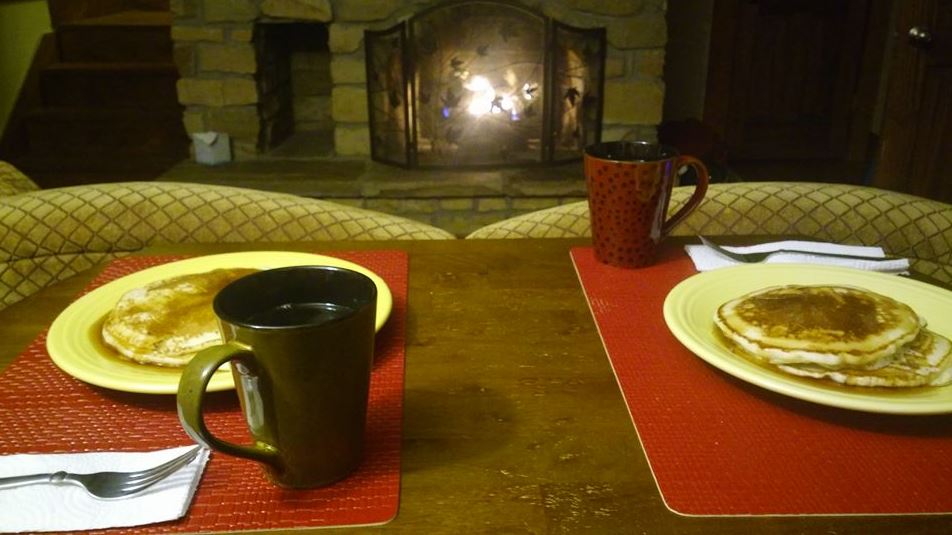 Over the next three years, the two traveled abroad. During their travels, the two commonly joked about how they must return to Whispering Woods Cottage—even going as far as claiming it as their very own.

Eventually, the woman was ready to be back home in Kentucky, where the two had met. While looking for their next homestead, the man stumbled upon a listing for a cottage almost precisely like the one they joked about being their own. After researching the property closer, he found that it was, in fact, the very same one. Being the same man who proposed after only six months of courtship, he began relentlessly making his case for why they should purchase it. While the woman found it somewhat interesting, she was convinced her foolhardy lover was not prioritizing responsibly. Her position was firm: They would not be buying a cabin before owning an actual primary residence.

Apparently the man never gave up.